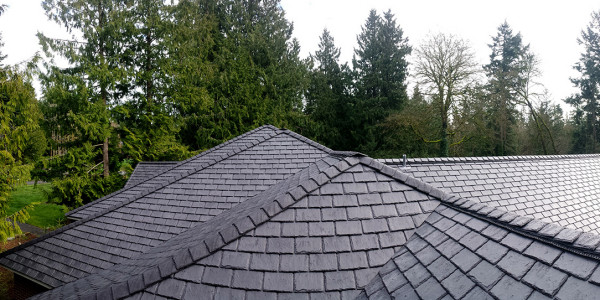 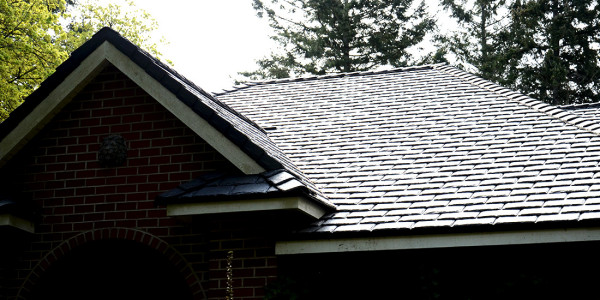 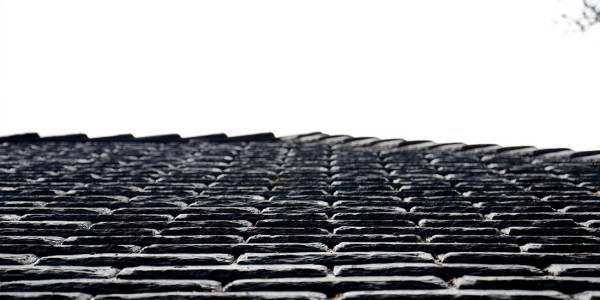 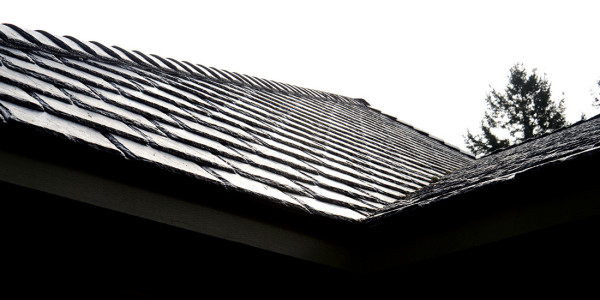 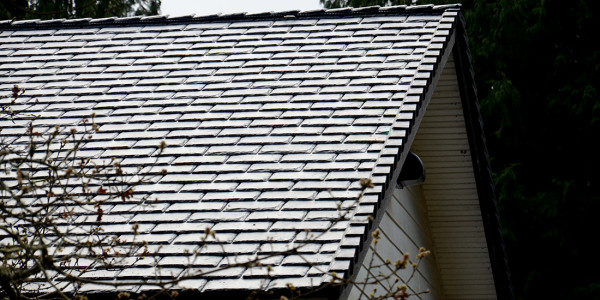 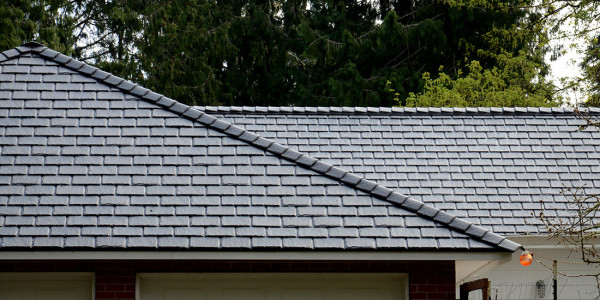 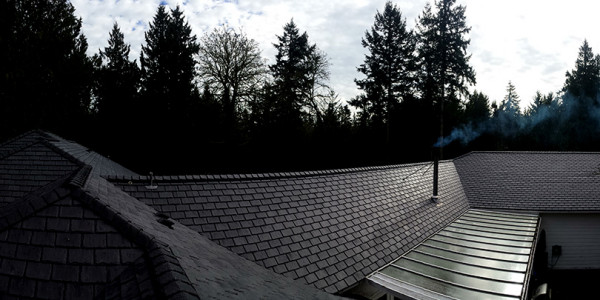 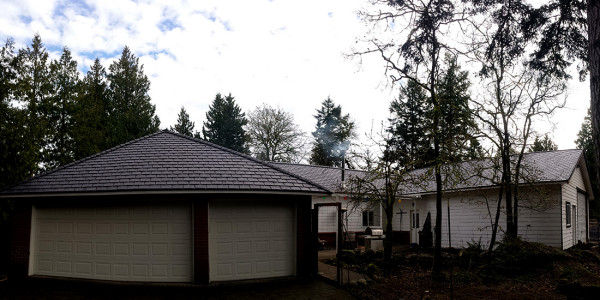 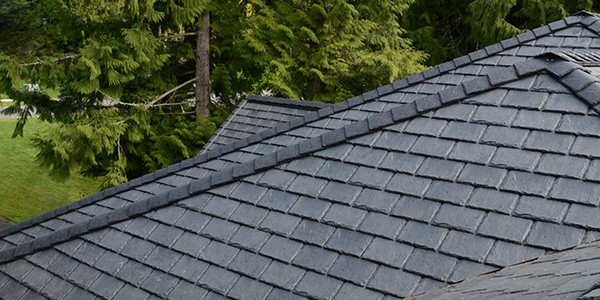 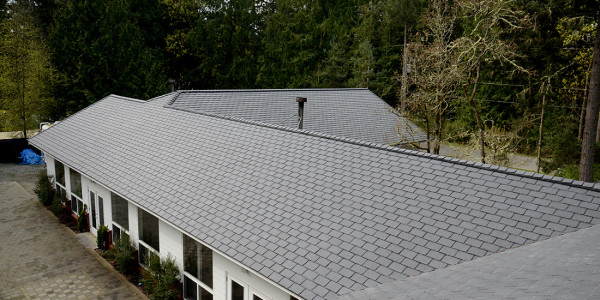 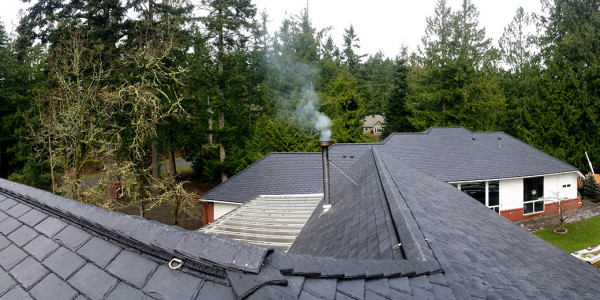 This house had been built 15 years prior to the time when we replaced the roof, and 5 years prior to the roof replacement an extensive addition had been completed. When the clients called us out to inspect the roof, the 5 year old portion of the roof was already covered in a significant amount of moss and the 15 year old portion was failing, causing evidence of leaks to appear inside the house. Bear in mind the house had a “30 year” shingle installed on it. Frustrated with the unsatisfactory performance of the fiberglass laminate roofing material that had been originally installed, they began to research online to discover what the best alternative roof system was. They had always liked the appearance of a slate roof, but not wanted to spend the money to reinforce their roof to manage the weight of an authentic slate roof. Nor did they like the idea of having a product on their roof that came with no manufacturer’s warranty. After extensive research on their own, they concluded that DaVinci Roofscapes offered the best product to protect their home, cancel their moss problem, and give the appearance of the natural slate roof that they had always wanted. Because of our experience with DaVinci Roofscapes’ products, and with other synthetic engineered roof systems, when we came to provide a quote for their roof we confirmed that their conclusion was correct. With the failed roofing material temporarily fixed, and after having received our quote and few others, we were preparing to install a DaVinci Single-Width Slate roof on their home. The finished product was a roof that looks like real slate, constant compliments from neighbours who walk by every day, and best of all a 100% recyclable roof that will protect their house far beyond our lifetimes.