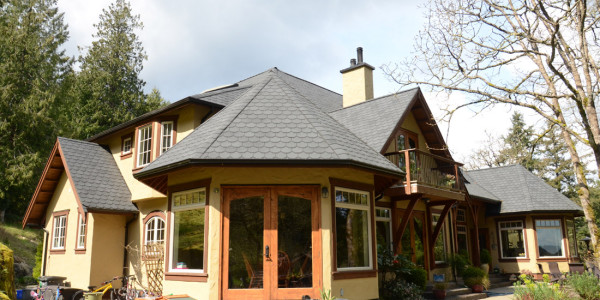 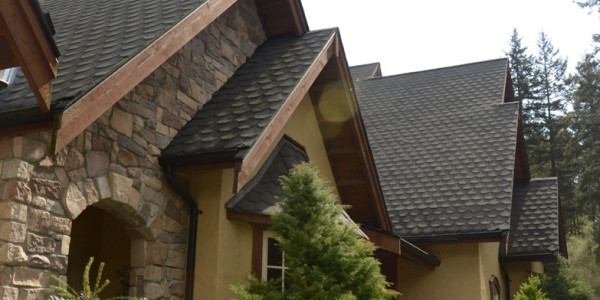 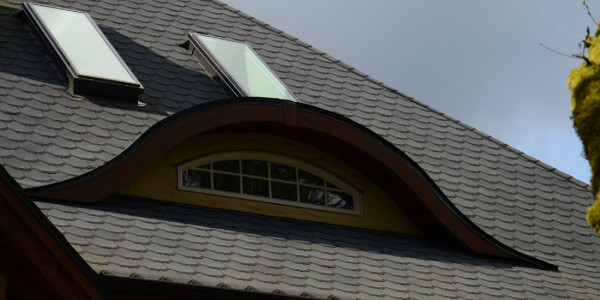 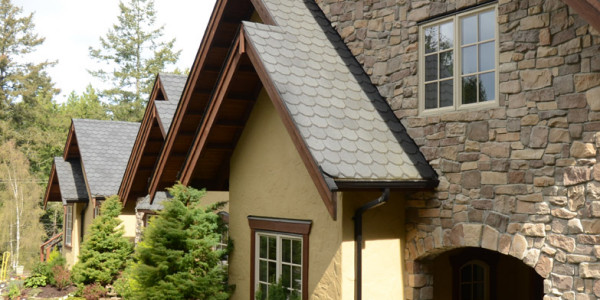 We had put a roof on this beautiful custom home in 2008 when the house was originally built, using the Elk Grande shingle, which had a large 8” exposure that suited the large profile of the roof quite well. In early 2013 there was a fire that broke out in the attic caused by a problem with the chimney. With extensive damages to the roof, attic, and interior of the house an insurance claim was made. Due to the fact the Elk Grande shingle had since been discontinued, replacing just the damaged sections and tying into the existing roof was not an option. The insurance company had hoped to alternatively replace the roof using a basic fiberglass laminate asphalt shingle with a 50 year warranty equivalent to what we had installed in 2008. We wrote a letter to the insurance company highlighting the fact that our clients had paid extra money in 2008 not to install a “basic” looking shingle, but rather a higher end shingle that had a particularly large profile to compliment the large steep roof. In response to the letter the insurance company worked in conjunction with Custom Roofing and our clients to land upon the Certainteed Carriage House shingle, which was actually an upgrade from what was originally installed in 2008. Installing this uniquely beautiful product on such a large steep roof with many angles, gables, custom flashings, and custom torch-on sections allowed our attention to details to really shine and resulted in a finished product that we are proud to have done.